Open Hand versus Closed Fist: Is there too much Violence in my List?

I do not consider myself a violent person, but early on after building my Challenge List I took note on how many of my games involved some form of combat or violence. I was taken aback at how this left my collection with a large lack of diversity. No less than eight of the games on my list insinuate or outright declare the presence of combat or violence. What does this say about me and the players who love these particular games so much? Here are my initial musings on the subject.

Violence, specifically combat through weapons and martial prowess has been something that has slowly been spoon fed to me since I was a young lad with a Nintendo. There were games available that lacked any danger or violence, Tetris, Burger Time, or Yoshi Cookie, but our favorites were always Mario Bros. and Duck Hunt. When Mario ran through the level and jumped on a Goomba, the life was squashed out of it and I got 100 points. There’s another one go jump on him! There was no Goomba body bag, no funeral, Koopa never wrote a letter to that Goomba’s next of kin expressing gratitude for his service in the war against postal pixelated plumbers. Duck Hunt literally put a plastic gun in my hand and my little brain figured out that pointing the cross hair to where the duck was flying toward would yield greater success. Fighting and violence were everywhere, more games and cartoons had good guys crushing bad guys, my favorite toys carried side arms and cars sprouted canons and spikes with growing frequency. Why would I even question it? 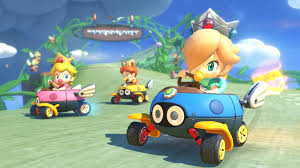 Now that I am older I have been exposed to and understand the difference between casual violence versus meaningful real world violence, the kind with real repercussions. I feel that pacifism and pointed discussion are usually the civil and proper ways to deal with most of the situations that occur in the average day. I still like fantasy violence. Most of my favorite books, movies, video games, and of course board games. I think violence has many different methods and visions. Watching somebody get tortured, limp bodies flying out of an airplane, or a dumb mobster mowing down his rivals with a machine gun will never make me smile or nod at the tasteful decision to show as much blood as possible. A ragtag group of men defending their people from an invading force, an intergalactic outlaw group cleverly escaping a corrupt prison, or knocking another Go Kart racer away with a flying blue turtle shell as I speed right over a banana peel get me every time. Somewhere between Scar Face and Mario Kart is the invisible line that tells me something is funny, purposeful, valiant, or intolerable. I have categorized these eight conflict featuring games from my list and will take a look at what this conflict represents in game terms in relation to violence.

Violence has consequences, it can be enacted with strategy or specific reasoning. In the case of Small World and Imperial Settlers there is tactical purpose to attacking another player as opposed to leaving them be. This kind of conflict is military, and in both cases it is simply represented with cardboard tokens. Is that your Swamp? Do I have enough cardboard tokens to take it? Will taking it push me closer to victory? Answering yes to these questions means that a player is about to acquire some new land or resources. In these games there is no visceral element, players are taking one thing away from another player, violence is implied off-screen, a couple pieces of cardboard are dropped into a box or a ruin appears, the repercussions are immediate and in plain sight. I do not have to describe how my Ratmen chased your Skeletons off that Swamp or why my Samurai raised your watchtower, I needed the spoils, no hard feelings. Now to shore up my defenses and make shifty eyes at the other players. 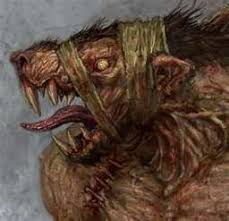 Violence can gauge power and reveal weakness, and in many fantasy settings it is imperative to survival. The defenders of Helm’s Deep were note about to convince the Uraks and Dunlandings to walk around their keep and Trick-Or-Treat somewhere else. Likewise, the heroes rescuing prisoners from a Beholder’s dungeon will not be performing a snappy Broadway improv before grabbing his treasure and skedaddling. Fantasy conflict is often solved with swords and spells. Lord of the Rings, Dungeons and Dragons, and Super Dungeon Explore all have game mechanics linked directly to fantasy combat and killing. In the case of the two dungeon crawlers there is mandatory combat that drives the game, you can play a character more inclined to heal or protect others, but there will come a time when your hero will need to take out a few monsters, victory depends on it. The LOTR Living Card Game leverages combat specifically into every quest. Every enemy, ally, and hero in the game has stats related to the Combat Phase, four out of five of the printed numbers to be exact. This doesn’t mean every player has to do the fighting. Leaving at least one player as the designated orc-slayer (muscle, curmudgeon, Tactics-Guy, etc.) can leave other players free to focus on the game’s questing, location management, and support, while enabling Frodo to never have to break a nail on something as tiresome as combat. In these games the fantasy combat is ever present and necessary to overcome before a win can be assured.

Violence has desensitized us to its frequency, and the last category of game combat I want to touch upon is of a vague and cartoonish variety. In Smash Up and King of New York the combat is comical and represented through very small numbers. While some of the card art involves bullets or victims fleeing from opponents, “destroying” a card is as simple as removing it from play and dropping it into the discard. Rolling the Claw or Destruction symbols on the King of New York dice is abstract; remove some tokens and drop your life points, nobody is worrying about the people evacuating their apartment before a Kaiju sets it ablaze because there are no fleeing victims in the art. These games can be won in a completely pacifistic manner, but the rules prompt many openings to rub dirt in your opponent’s eye. If you strip away the themes of these games, then pretense of violence could hypothetically be removed from the experience, but it is a major stress reliever to imagine one monster pile driving another through Midtown. Light-hearted and comical violence can help let off steam, and I think it speaks to the time period it takes part in. Looney Toons, Tom and Jerry, and Hannah Barbara cartoons involved far more insidious and fatal violence than the cartoons of the 90’s I grew up on. I think this sort of violence is toned down just the right amount since the artwork or intent of the combat is not gory or visceral.

As a side note; City of Thieves is somewhere in the middle ground, the duels are decided by dice and are for holding on or stealing coins or position. It lies somewhere between smart strategy and take-that snide player interaction and is hard for me to categorize, there is absolutely no killing in the game though, good thieves maintain a degree of honor.

While categorizing these games in such broad categories seems to make all of them irrelevant, the long and short of the matter is I enjoy combat for several different reasons. It can be a good stress reliever to imagine destruction in a safe and whimsical setting in a competitive or cooperative setting. The problem of exposing my future kids to games, books, and movies involving combat and continuing the cycle is a topic to be covered with censorship and responsible perspective. I tend to doubt most of the violent criminals in the world have fond healthy memories of playing Small World or overcoming a dragon with their friends. A safe outlet for aggression can be healthy in various mediums, its all fun and games until somebody gets hurt. Throw those dice carefully chums.

What about you? How many of your favorite games involve combat or violence? Does the percentage of violent board games in your collection shock or surprise you?