Did you see any Curlews?

To somebody who is trying hard to avoid any new game purchases Kickstarter can be one of the worst places to wind up. The crowd funding website has been the heart of my collector’s fervor and bane of my credit card. Despite my endeavor to avoid any additions to my gaming shelf I still found myself scrolling deep through the archives one evening. It was a good thing too, since when I was just about to turn off my phone I came across the card game called Birds of a Feather. 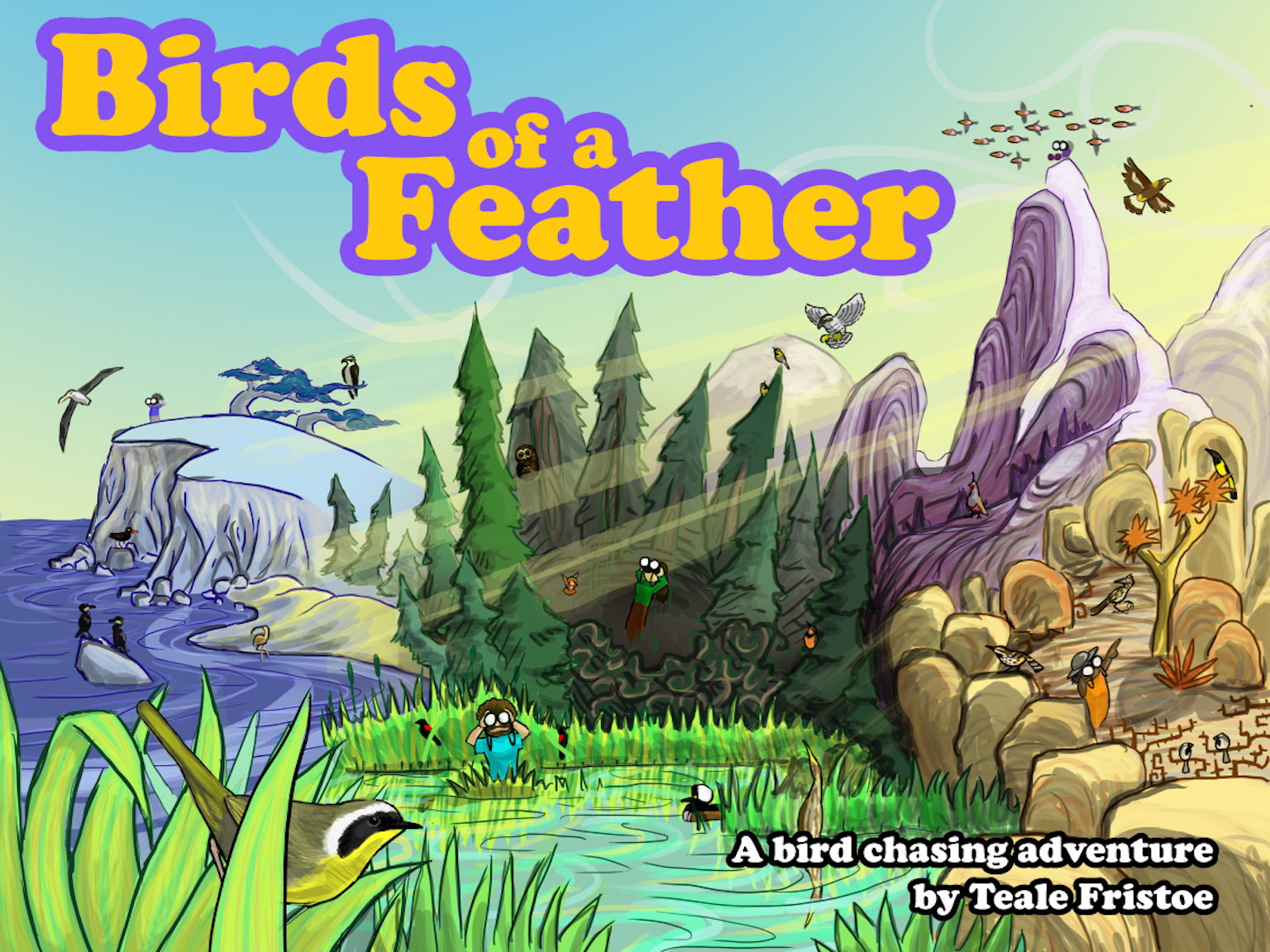 If you have ever lived in doubt that there really is a board game themed for everything; despite living in the same universe as Viva Java and Evil Baby Orphanage, I assure you there is no ceiling for board game designers with unique game themes. If you have ever spoke to my step mother for even an hour, you will learn of her obsession with bird watching. Enter Teale Fristoe of Nothing Sacred Games with his card game designed by birders for birders. Birthday present for mom? … CHA-CHECK!

Birds of a Feather is a card game for one to seven would-be-ornithologists that challenges players to craftily seek out as many birds as possible for the highest score. The game consists of sixty artfully designed cards each sporting a species of bird. The cards are divided and color coded by region and whichever card you play on a turn dictates which region you travel to as well as which birds on the table you are able to mark off your score card. Players can not only mark off the cards they play, but can strategically score cards that others have added to the play area. The game transitions in and out of a Bingo-like mindset, most of the birds are worth valuable points and fully scoping out a region awards; drum roll please … BONUS POINTS! By reading the room and with frugal use of your cards (you will only be able to score certain regions a finite number of turns) a player can rise above the competition.

I quickly constructed a demo copy and Megan and I tested a few large and small games with family and friends. The game is incredibly easy to learn and the rule book was only two pages. Even folks who don’t take to new games easily will have no trouble after the first three turns guaranteed. My grandmother, whom can sometimes be flustered by other games, scored very well on two of our matches and delighted in marking off her score card as more birds flocked to her region, right before craftily migrating to another to rake in additional sightings. We played multiple times with my family and each turn were trying to psyche each other out as to which region was going to be the hot spot to trot. In one game with friends as we tallied up the final score my buddy was assumed to be the winner, until his wife noted that she had forgotten to count her bonus points in one area and clipped his wings for the win. While the demo copy is naturally missing some of the final art my mother happily would supply pictures from her smart phone for the cards without pictures. As a birder she greatly appreciated the different bird selections and artwork on the cards and supplied anecdotes about some of her favorites. This of course brought to light my father’s curious obsession with the long-billed curlew. I found myself admiring the detailed, almost photographic drawings while devising my next move and look forward to seeing all of the finished artwork.

My critical points for the game would be that the navy blue and teal cards looked somewhat similar under the vinyl sheen of my card cases, in conjunction with the lighting in one room this lent to the occasional confusion when marking the score card. If I were to own a finished copy I would avoid sleeving the cards altogether or using card protectors with a less glossy screen. Another point is that occasionally the illusion of the theme is shattered when marking the card becomes simply shouting symbols out across the table; “purple bird head, purple egg, orange claw, green single feather!” This was a minor concern as the menagerie of art on the table and light feel of the game play quickly brings you out of this base activity, again I am sure the final product will make these points moot. My concluding recommendation is that the game has an ideal price point for the number of players, is educational for all ages, extremely easy to teach, has play variations for different group preferences (including solitaire), plays quickly, and is still fun even for those not engrossed in the theme. I look forward to teaching this game to others and more importantly to hear my mother’s stories of sharing it with her bird watching and non-birding friends alike.

For those interested, the game is now taking pre-orders over at their website and is expected to ship next February, there is also a demo version available here. Happy hunting!

Exploring the Super Dungeon At Last »
« All Players are Created Equal, except for Tim who is a Wizard