I helped a friend yesterday. He had offered (been drafted) to help out his father in law move his belongings out of his house since his in laws were moving. It was a a long haul down a very tight and spiraled stair-well, we filled the moving van twice, and  even after that we were asked to sacrifice our Saturday to yet another trip. I made a dodgy excuse about Ruby (thanks poochie) and my buddy and I hightailed it. We spent the rest of the afternoon playing City of Thieves, during which he smacked me by 12 points, but it was his first game and I pointed out a very valuable mission to him. I never let people win the first time I teach them a game, but I don’t roll them over hard core. I let my friend know about a valuable move he could make, even offered a few risks he could take to get more points, but I did let him assess the risk on his own. I try to give people a fighting chance in games when it is their first try, I take the opportunity each turn to teach variable moves and even take rare gambles when I am less worried about competing with a seasoned opponent. Bob really enjoyed the game and said he would try again, which is good because I need a few more plays this year to round out my challenge. 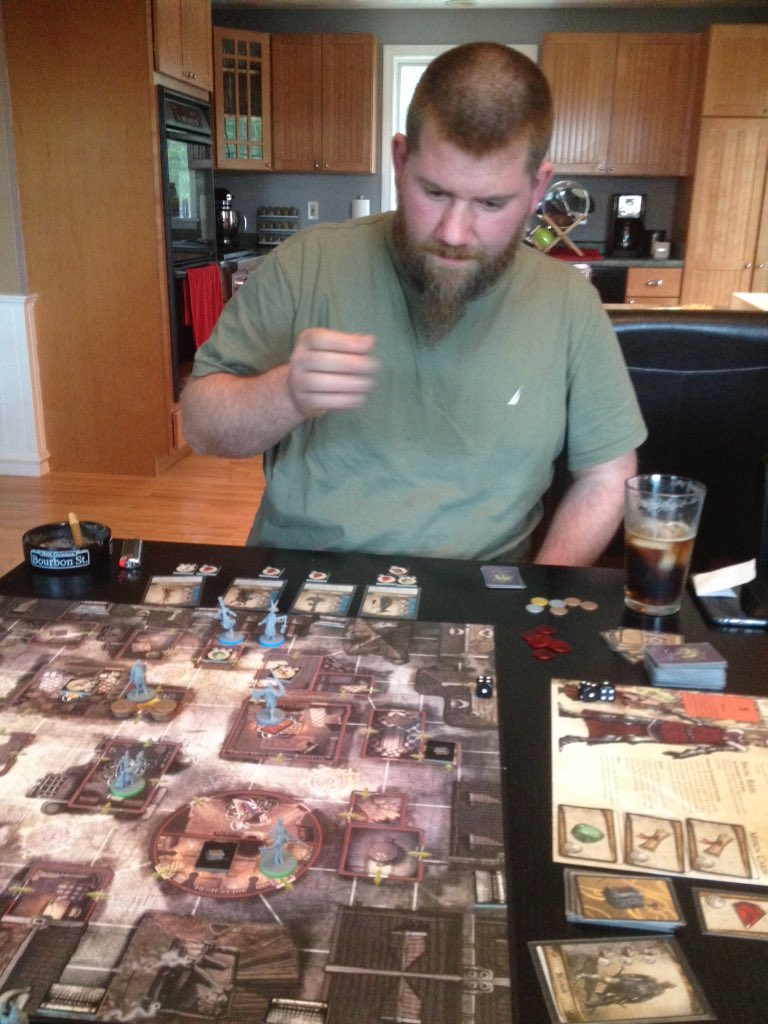 Later that night I went to a friend’s house warming party and got to sit and talk games with him and two other friends. We talked about how our gaming experience is affected by being in a couple, our new and current favorites, and agreed to meet up later on for a game of Super Dungeon Explore. We played a game called Shinobi Clans. The game was about drafting cards and betting on the outcomes of other player’s bets and setting up large groups of cards. The theme involved glorious ninja mayhem.

At the beginning of each round players review three contracts to either protect or assist in assassinating. You can only bet to profit from one character’s death and another’s survival. If multiple people had the same bet, the payout is divided between them, so a valuable pot may attract too much attention. Each round also has a drafting series (always be drafting!) where you can pick cards to influence the outcome of each character’s fate. There was a lot of getting into the other players’ heads and deciding whether it was better to go for a low, reliable prize, share a huge pot, or just to try and prevent others from winning. Unfortunately everybody else has the same thought processes and there is a lot of unpredictability and reverse psychology (which I am not great at). The art had a really sweet ancient Japanese scroll art-style with special effects splashed around the backgrounds, obscuring mists, sprays of blood, and noxious fumes. The game had a lot of take that and screw you plays, which one of my pals is all about. I can recommend the game to anyone who loves drafting, bluffing, trick-taking, gambling, or ninjas. I really liked the game, but can be pretty sure it was something I will always be terrible at. I just don’t have the patience or mental determination to track outcomes and try and weedle my way into my opponents’ heads. I like a game with a more open feel more often than not, where I don’t get bogged down by too much hidden information or trying to outsmart somebody several turns into the future. 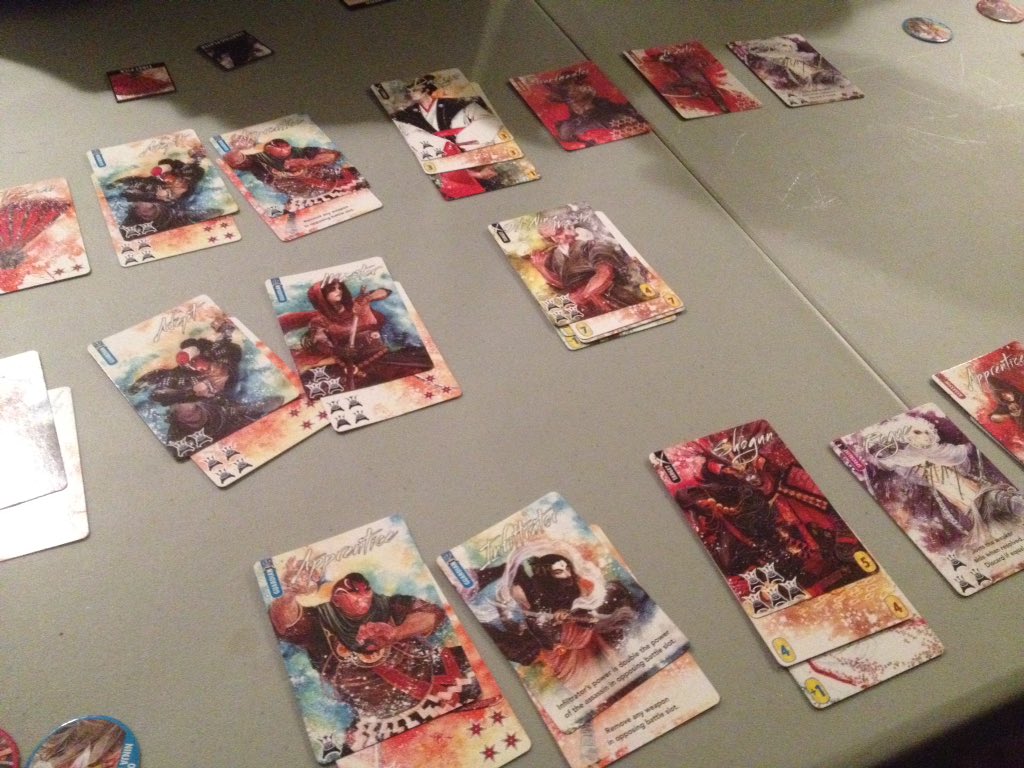 The bodyguard and killer ninjas all go face down in a stack on top of their mark, then they pile out to both sides and force of arms is measured! Some ninjas have special effects like trumping or removing cards.

Reader Question: Are there games you have played that you found mentally exhausting?