End of 2015, the Challenge Completed

It comes to a little surprise to myself that I was able to finish my 2015 Games Challenge. I wasn’t entirely sure how I would accomplish this endeavor, but with the constant aid of my friends, family, and significant other the task has been accomplished and I even managed to learn a little something about myself and the people I play with. It came to the point that I had to squeeze in two games of City of Thieves which my father and I finished with only two hours to spare before the ball dropped. First off I would say that my INITIAL thoughts on the challenge as a whole are rather negative. I entreat you dear reader that much more good came out of this personal Challenge than bad, but I gleaned such insight into how I treat board gaming in the last two weeks of this challenge that I would be lying if I said finishing wasn’t bittersweet. 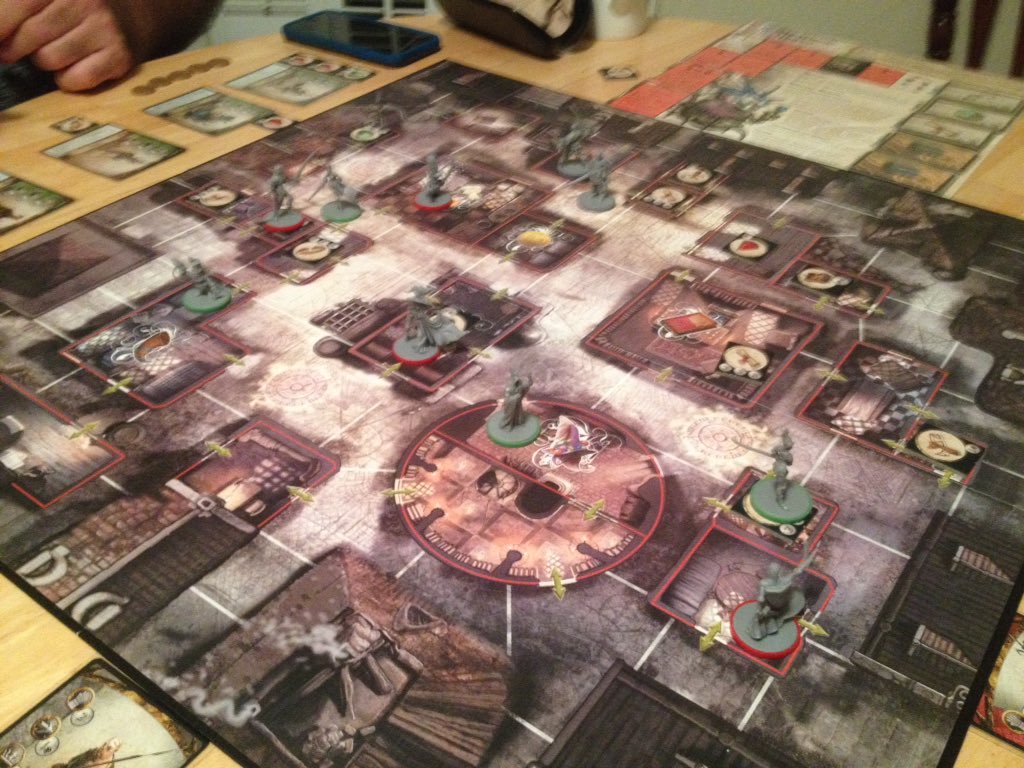 What I came to dislike the most, was the looming pressure. I tried to keep an active pace for how frequently I crossed games off the list, the initial desire was to play about 8-10 games a month. The sticky wicket here is that my favorites on the list were always the first and foremost picked in the early months. So as time went on after I had already crossed certain games off my list entirely, when the urge to play Small World or Imperial Settlers popped up I would have to dissuade myself from teaching a favorite game to other people or having a relaxing afternoon with the wife in order to push another list game to the forefront. Some months were busier than others and social obligation prevented any games from being played for weeks at a time. This was niggling at first and downright demoralizing come October. I hate not finishing a game, but there were times when I ended up choosing a game from my list even if it wasn’t ideal for the time or group I was present with. This either left people dissatisfied or eager to forget the experience, or resulted in us quitting early and not counting the game as an “official” play.

Some games on the list lacked the depth to stay engaging with the same group of people. Megan and I played Forbidden Desert and Sushi Go! multiple times as just a two player experience. There are simply not enough variants for either of these games to stay fresh. In the case of Forbidden Desert, we could either crank the game up to a soul-crushing difficulty or play at our usual handicap and be assured victory. This made the game generic and given the proper foresight, I would have urged myself to play these games once a month to avoid that stale taste they left behind. I normally would shove these games under the noses of inexperienced gamers in a heartbeat, but without new groups to expose them to they began to feel more like chores. I hope I am not making these games sound too tedious, but imagine eating your favorite food twice a week for two months, than on the very next day being asked to share that food with a new acquaintance. Getting overloaded on a good thing happens all the time, I just hope the burnout fades soon. I would advise anyone trying this challenge to space lighter games out across the calendar, or to avoid games with little to no variety.

My other big regret is putting games on my list that had little or no appeal to my wife. To her credit she did try every game on the list once, and always gave honest feedback, this is a feat I will boast loudly on her behalf and often. I love Super Dungeon Explore and City of Thieves, but Megan does not. She has various types of games she does enjoy and will gladly engage in, but games where sound strategy can be swept aside by poor luck are not among them. She also dislikes games with very conflict driven “take-that!” mechanics. City of Thieves can be equated to several small children being herded into a cramped ball pit and forced to fight over a finite number of chicken nuggets – THERE ARE NO RULES. The whole game involves lashing out at your opponent and taking high risks to leave them penniless. There is nowhere to run until halfway through the game and a good percentage of the action cards involve screwing your opponents over twice before they can turn around. I can think of several hilarious assholes this game goes over well with, but it is not for everyone. I am willing to laugh at myself and give a tip of the cap when somebody takes the time and cunning to properly shit in my oatmeal. I observed this year there are folk who take some aspects of competitive gaming personally and find such acts mean spirited, and I don’t intend to forget it. Make sure you pick games that will appeal to YOUR gaming peers. Don’t play games that could make your wife cry. In 2014 I never would have dreamed of this being a possibility, but was surprised to hear of a few couples who had similar stories.

There is a good deal of positive light I can take away from this experience.

There were several times when I wanted to give in to the pressure sales tactics of various Kickstarter projects. This is an aspect of my consumerism that I will always be wary of. Game reviews are popular for a reason, and with the seemingly endless wave of releases throughout the year, companies are only going to make their product better and more difficult to resist. When I look at how much my collection swelled this holiday season I feel overwhelmed for the first time by what I have and NOT with what I really, really want. For a few weeks I was in the incredibly awkward situation of owning games that I had yet to play. This is why I plan to go into 2016 seriously appreciating what I already have. I know that a new enticing product will always be right around the corner. I plan to set a personal budget for game purchasing for the year and adhere strictly to it.

My favorite realization is my wife Megan really has come into her own as a board gamer. She has developed tastes and opinions all her own. I learned that she prefers strategic Euro-Games with a variety of options each turn and different ways to win. I love watching her analytical mind take point in cooperative games. One highlight of my year was introducing Forbidden Desert to a group of family and watching her teach the game as I set it up. She took the lead and was helpful to those seeking direction, but never a hardcore Alpha forcing people into the “only course of action,” letting them make their own mistakes and looking out for the welfare of the team. I take small pride in watching Meg reveal more victory points than myself in a game of Small World, especially when I think I am crushing it. We especially both took a shining to Imperial Settlers and while Megan has found supremacy in her favorite faction, the Egyptians, I find a portion of glee in the rivalry we have built even after she beats me time after time. There is also much to be said for how much we get a kick out of cooperative games together and overcoming challenges as a team. 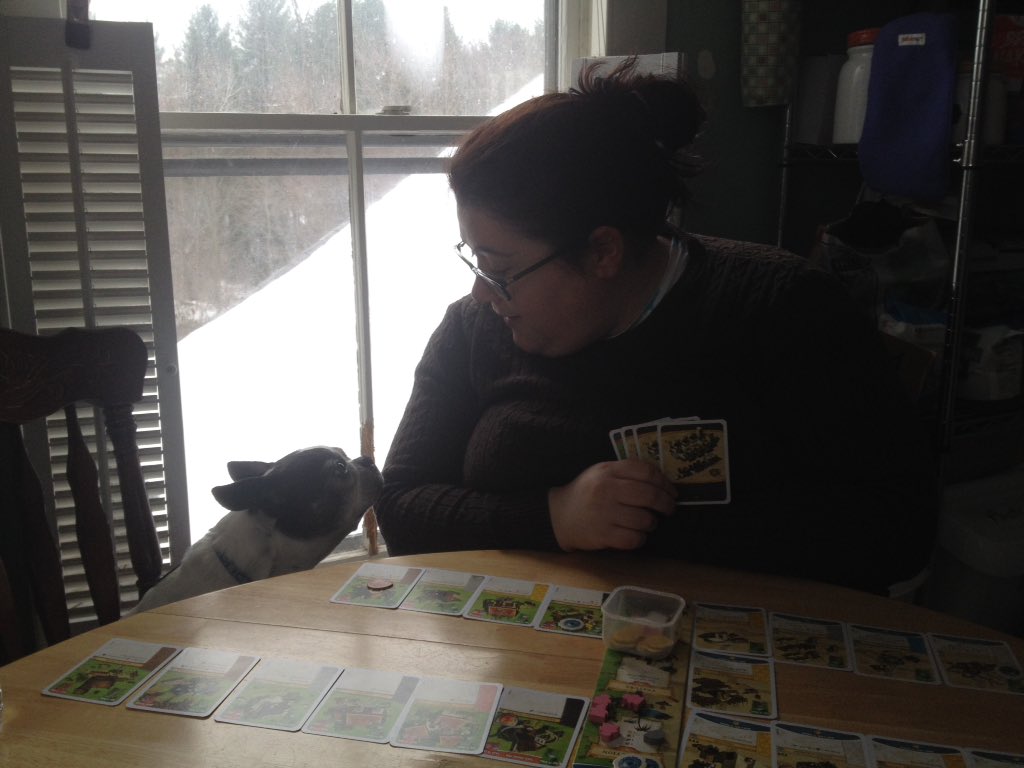 “Play the Scorpion Breeders, that will really mess him up.” 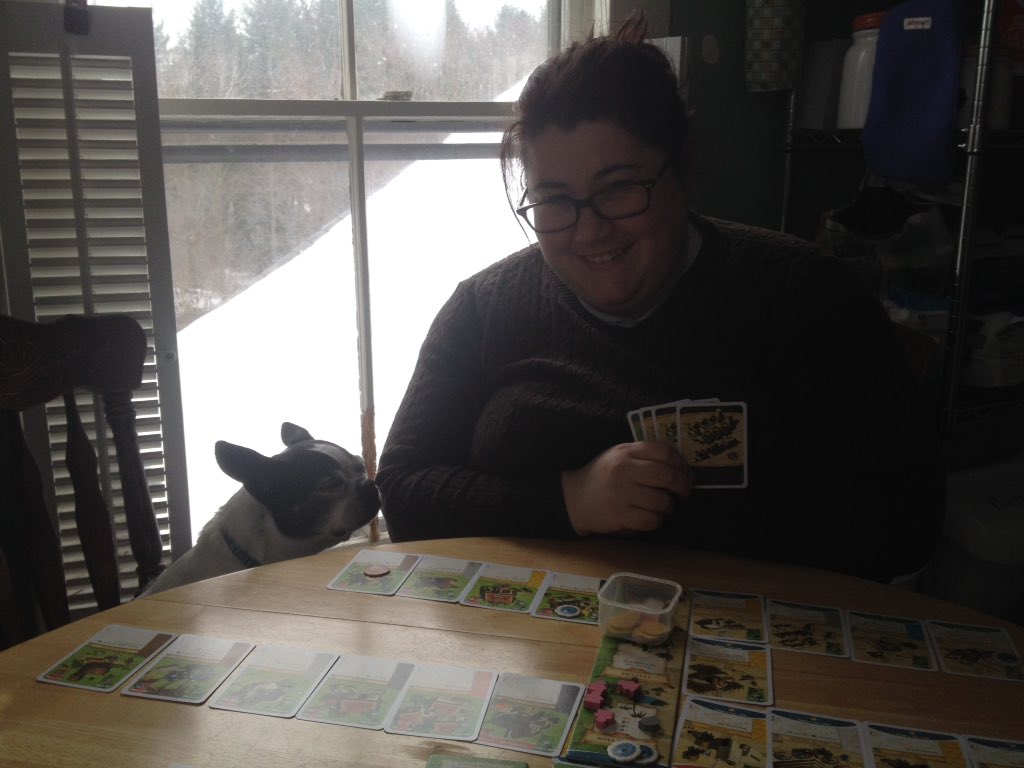 Some days your dog really just wants to be close to you.

To wrap up my takeaway from the 10 Games 10 Plays Challenge, I would say that the list needs to be picked very carefully. Gamers should take into account that as their buddies purchase new titles throughout the year they may not always want to come back to the classics. I may try this challenge again in a few years, but as things are right now I would rather not fly my kite on a stick. If the hobby becomes work with a deadline it creates stress and loses a bit of the magic. I intend to log my plays of all my games again in 2016 and see what games I do play the most. My predictions would be; Pandemic, which has become a new cooperative favorite of us both. Imperial Settlers with a couple new expansions is always a diverse game and your strategy can always be a surprise after 5 rounds. Legendary is our new cooperative card game featuring super heroes and villains from the Marvel Universe that tows the line between thematic and so far balanced between the forces of good and evil.

I don’t intend to do a fixed Challenge this year. If anyone has any suggestions I will consider them, but I think my own challenge would be to continue appreciating my collection and the people I love sharing it with. I want to stick to a little more dedicated writing schedule, although I don’t know how frequent that should be yet. Thank you for reading and remember to do what you love as often as humanely possible.

Questions of the Week:

What Game did you play most last year and why?