Your wallet should be very afraid! I feel like every year I get into this mindset of living in excess board game sin, not giving enough love to all those boxes as they eye me from the shelf and wonder what they did to lose my favor, as I wander like Caligula past the office where they sit. Honestly kids its just that during summer we would rather be going outside and enjoying that sweet extra hot New England heat, especially in the month of October. We had our return to regular game night last weekend and tried Dead of Winter for the first time, and it was anticipation, regret, and pure mirth, all of us are ready for more, (except Megan, she ain’t got time for no zombies).

It would be Phoenix Wrong for you to avoid these Kickstarter projects. Art by LinkInSpirit, DeviantArt.

With the mandatory winter gift holidays drawing nigh, I should be thinking about others and tightening my purse strings, but what about Future Jake? Doesn’t he deserve a reward for struggling through a year of white supremacist bullshit, media lunacy, and losing a beloved father figure? Hasn’t he earned respite for holding out for the creme de la games and being moderately good all year? You bet he has, and so have you! These three projects are on Kickstarter right now and I’ll be damned if we aren’t playing them next year in a world that hasn’t been blown up a dozen times over by nuclear arms. 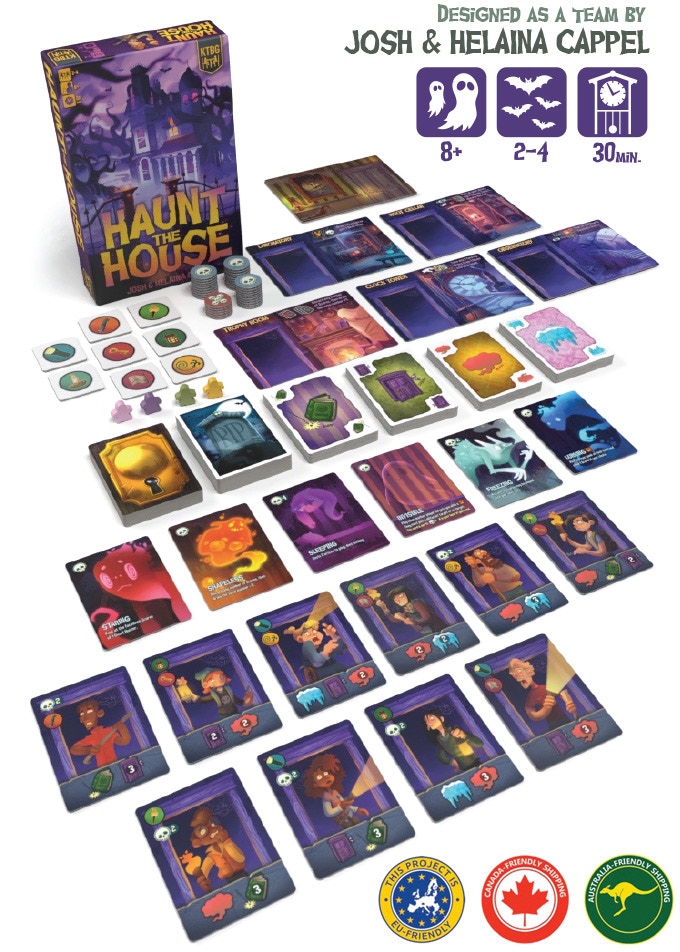 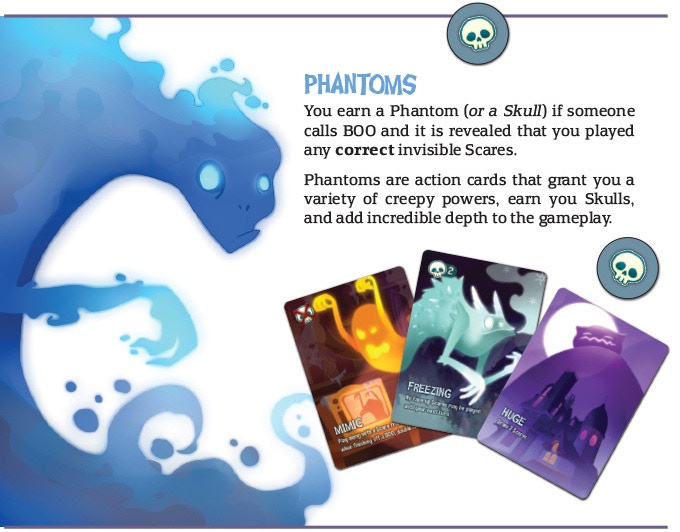 There are many more phantoms where this came from, colorful characters dripping with flair and ectoplasm. Apolline Etienne where have you been all my life?

Hottest and shortest iron first; Haunt the House by Kids Table Board Gaming. You need more Halloween in your life, you’re tired of being disappointing year after year by the lack of trick-or-treaters trudging down your mile-long driveway, “earn the calories you burn kids!” I shout through a mega-phone at two minors dressed as Elsa and her sister Elsa. They take off running back down the driveway and giving me a glimpse at the  double cold shoulder. I need more Halloween in my life. This game should be here by next summer, but if you loved Luigi’s Mansion and have intense fantasies about personally punishing home invaders then check your theme box with a big old yes. The game involves each player being a ghost in a haunted mansion and playing certain types of scare cards face down (to hide information from opponents) or face up to take advantage of special powers in each room, trying to find the specific set of icons to frighten off various ghost hunters, thus adding to your compound score. Players can call on whimsically illustrated phantoms with unique abilities to deal with their paranormal investigator infestation. Another positive about backing this very affordable game, is that the designers Helaina and Josh Cappel have been very forward and personal with reaching out to me as a project supporter, they answered my questions quickly and even took the time to follow up on the same questions with more detail. In like 35 kickstarters I have never seen this, ever. Also the box glows in the dark. 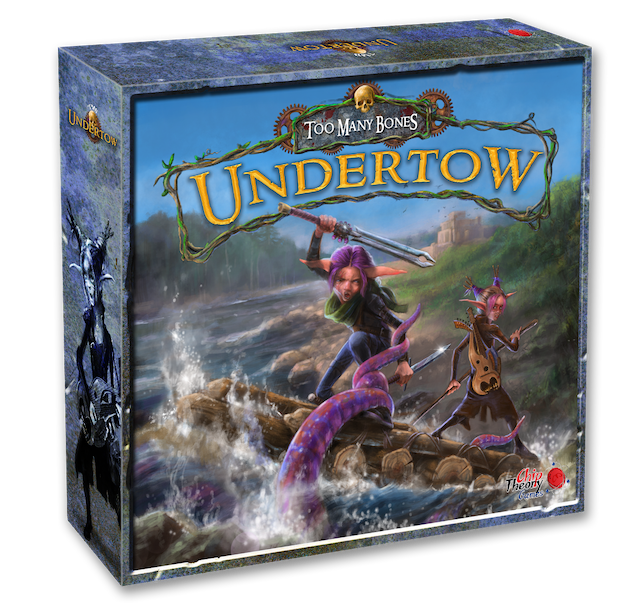 While Anthony LeTourneau provides full color portraits for each playable character, he makes the enemy chips look like wicked sketches from a fantasy police precinct.

Too Many Bones was a game that I glanced over early last year, but had to drop it for the time constraints and so I could focus on moving. The project from Chip Theory Games looked nothing like anything I had ever stumbled across before that seemed that classic dungeon crawling game I had seen before, but with components and implementation I would never have fathomed. Gearlocs (read here as heroes neither Elf, Goblin, nor Gnome) and baddies (read here as dragons, goblins with rave headsets, and anthropomorphic war chimps) move around on a small four by four grid, represented by …. poker chips? As your character levels up, they accrue either stat increases or one of 16 dice genuinely customized to their own character. The dice aren’t simply used for attack and defense, but can be used as counters or gauges for skills as you slot them around your player mat, sort of like an organic and modular character sheet. The game promises to be cooperative, strategic, and difficult, and in some circles they say you can even play it under water. Speaking of under water, their new product Too Many Bones: Undertow enters the scene as a sequel in the story that is fully compatible with its older brother at a slightly cheaper jumping off point. This is the most expensive of fair I present to you tonight, but you are paying for quality components and the continuation of a tested and proven franchise.

Kyle Ferrin also illustrates for the other Leder Games game Vast: The Crystal Caverns. His medieval birds, foxes, and bunnies will be headlining a deck of shared player cards.

I’ve saved my biggest hype explosive for last and don’t want to make this blog post any longer with my own words. Root is a game of Woodland Might and Right by Leder Games, designed by Cole Wehrle. All hail King Wehrle, he is my new master now! There will be four or more playable factions all fighting to rule the forest kingdom, by playing their own game of control and manipulation. I’m going to rapid fire some terms at you and if anything lights up on your pleasure center just follow this Space Biff review link, right here. Okay good, here we go, open your minds everyone! Redwall, Game of Thrones, Evil Cat Empire, Asymmetrical Play, Robin Hood, 2 to 6 players, woodland combat, Autumn Themed board, Raccoon Peter Baelish, Competitive Cooperation, Fuzzy yet Fierce character design. Are you intrigued? If not please snap your wallet closed violently and see ya next blog post Scrooge! Don’t let the ghost of afraid to try new things hit ya on the way out! Are you still here? Did you read the review? Then you get it right? This is a game I will have a great deal of difficulty waiting until next August to get it to the table. Thankfully there is going to be a full print and play, allowing me to home print this thing for my gaming group early enough to slake my lust for playing the fuzzy brotherhood without banners.

Questions of the Week (or 2/3rds of the year if you are a regular reader): Which of these three games are you most likely to back and why? Which are you completely uninterested in and whose fault is that?